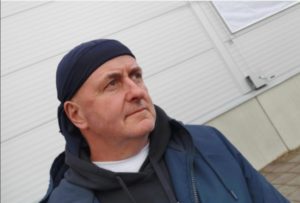 How did my interest for coaching in mental training start?

Well looking back I would say it started with my father who served in the Royal Navy during WW2.
The only time I ever saw a tear in his eye was when he came into the kitchen on the 40th Anniversary of D Day and said what a bloody mess it was. I thought he was referring to the garage where he brewed his beer and made wine so when I replied yes it usually is in there, he got angry and said to me you dont understand!
He then just told me everything about the horrors he had been through and the nightmares that followed him to the end.
From the horrific, nightmare experiences on the Arctic convoys to how the sea turned red and the bodies of those he knew floated by when he served at D Day on board his ship bombarding the German gun placements on the coast.
He went on to serve over 20 years in the RN and reached the rank of Captain.
I decided a call for me was to help veterans suffering from traumas, what we now call PTSD.
Dad became a successful top businessman but only after his floating away did I hear more about his life with alcohol as a way to numb the nightmares and traumas he’d been through and relived for the rest of his life
Fortunately I have worked with the Russians since the 1970s and especially a great deal in sports over the years with Soviet national teams where mental training was used in sports back then so I got first hand training from top coaches in mental training.
I then started coaching athletes in mental training.
Over the years I have coached veterans from various theaters of war including Russian lads who had returned from Chechnya and even a few soldiers from South African border wars.
I have for many years coached athletes, rugby players and fighters (boxers, MMA) which of course I still do. I also coach actors and actresses, singers, dancers, fashion models, close protection officers and clients from all walks of life.
I also hold lectures/seminars about my coaching and coaching methods please see my lectures page